Where a remote firing GPMG is an operational requirement e.g. in aircraft pod and remote weapon mount installations, the Electrical Firing Unit No.1 Mk.1, Safety Unit L1A1 and Recoil Buffer Mk.2 are required.

The Electrical Firing Unit No.1 Mk.1 incorporates the trigger mechanism and electrical solenoid in the assembly.

The trigger mechanism housing consists of a deeply recessed rectangular block that accommodates the trigger group components and is closed by a cover plate.
Axis pins, protruding through the housing and cover plate, are secured in place each side by flat spring retainer clips.

The lower part of the housing is bored longitudinally to receive the solenoid rod. At the rear, the housing has a formed flange to receive the solenoid housing which is secured in place by four bolts and stiff nuts. A small electrical socket assembly, on one side, provides the firing circuit connection. The solenoid operates between 23.5 and 28 VDC and has a rating of 40 seconds. Solenoid operation in excess of 40 seconds will damage the unit.

The action of the Electrical Firing Unit No.1 Mk.1 trigger mechanism is identical with that of the standard GPMG weapon, but the trigger movement is initiated by movement of the solenoid.

A safety catch is not provided with this unit.

Each Electrical Firing Unit No.1 Mk.1 manufactured by AEI Systems is hand built and mechanically and electrically function tested. Customers are encouraged to witness acceptance testing prior to dispatch for total ‘peace of mind’.

Obsolescence management guarantees total supportability of all Electrical Firing Unit’s supplied by AEI Systems now and long into the future.

As per standard trigger mechanism; Quick release pins not supplied.

Clicking the Download button will open this data sheet in a new tab and it can be saved as a .pdf. 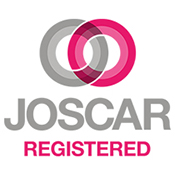